Follow up to: "The Nerd, the jock, and the catalyst"

"The Nerd, The Jock, and The Catalyst",  Part II

This is a follow up to a previous post "The Nerd, The Jock, and The Catalyst" where I told you the story of a long running practical joke concerning the excommunication of a friend from the catholic church.  Recently my cohort in this soul risking action and I have had the chance to spend some time together. Not only was he able to dig up the original letters, but it was decided that we all needed some closure (well, he and I at least).

In addition, my catholic guilt was starting to get the better of me.  A final letter was sent (see below), in the spirit of the new pope.  We rescinded the excommunication that was left dangling many years ago. Although I am not sure if this will reconcile my sins or exacerbate them, I thought it was worth a shot, and we both thought it was the right thing to do.


In order to make this appear legitimate we needed to get the letter properly postmarked and thus needed a "Mule".  Someone to go Vatican City, buy a stamp at the Vatican Post office and procure the proper postage stamp on the envelope.  I am not proud of this, but I solicited my 16 year old cousin, who was planning on traveling to Italy, and Vatican City.  He was very willing to help out his older cousin, even if his parents gave me a strong look of disapproval.  So off he went, overseas, with the package.  My cousin reassured me he had made the drop, and by now, the letter should have arrived.

There has been no word from the target of this ridiculous prank, but I'm fairly sure he received the phony reprieve.  I have included all the letters we sent, including the most recent one, in an attempt to relieve myself of potential damnation.  Please take note of the extensive detail my talented friend procured with both his knowledge of the excommunication and the contact info (none of which is real, for those interested). I suppose I could go to confession, but this seemed to be a better first step. 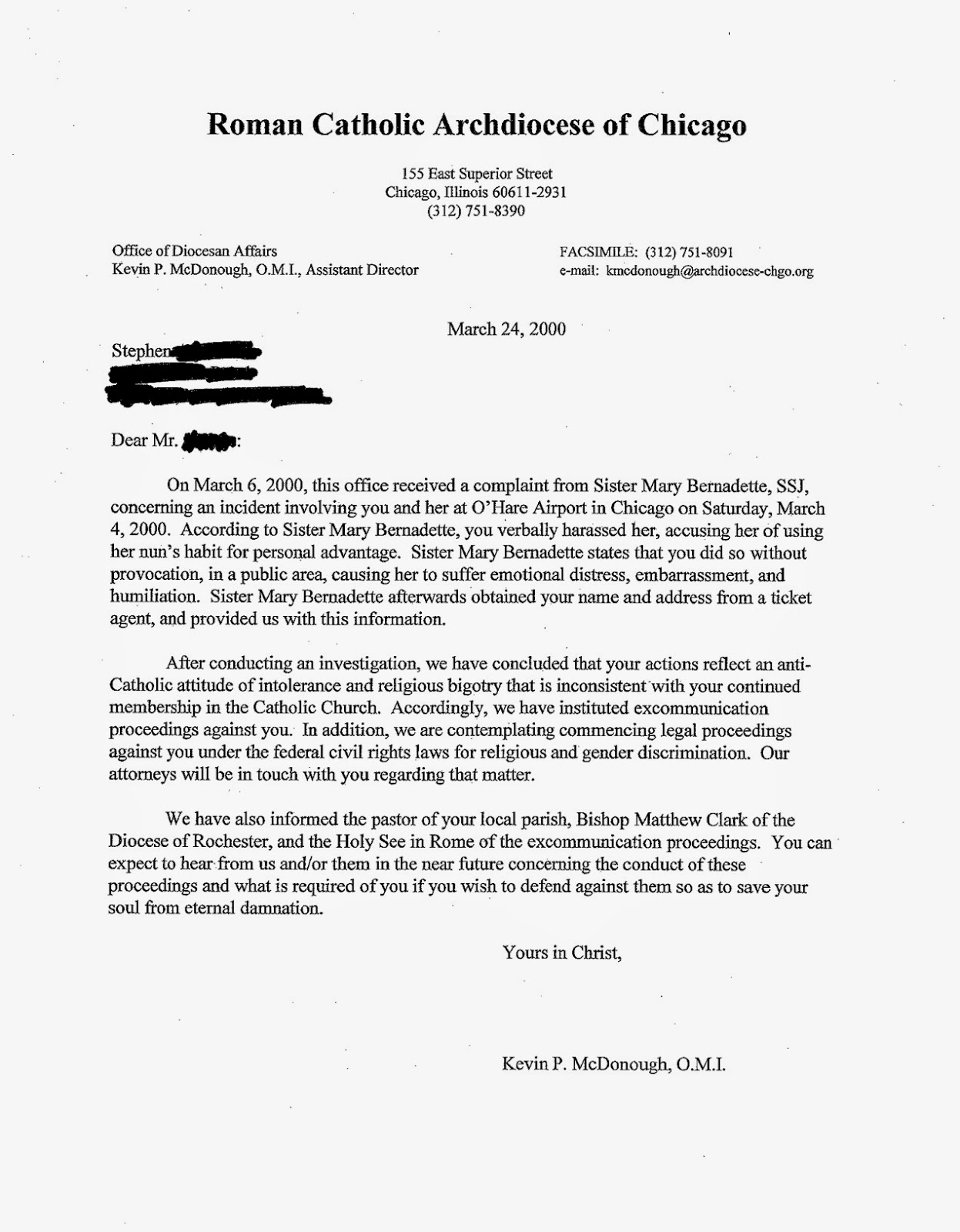 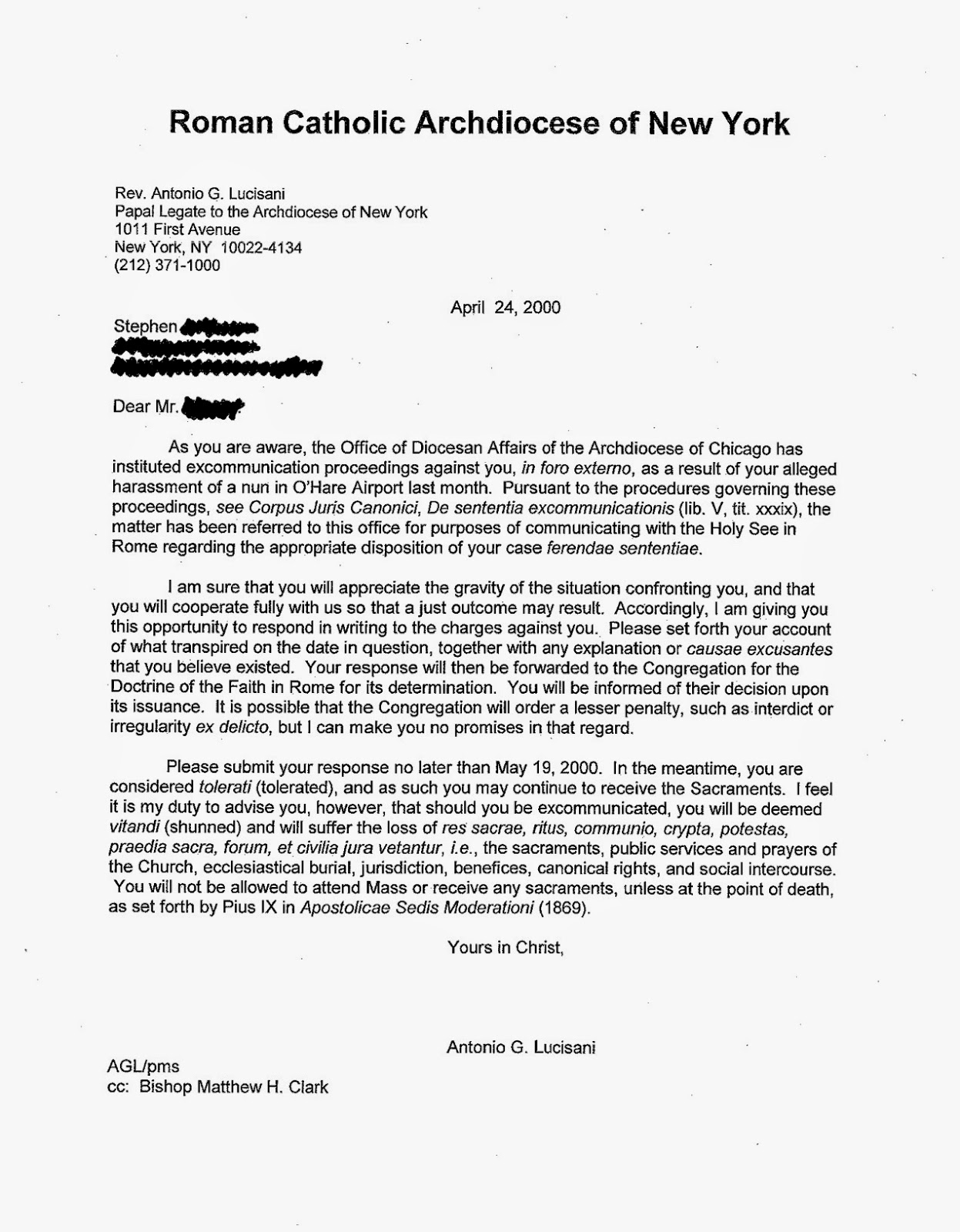 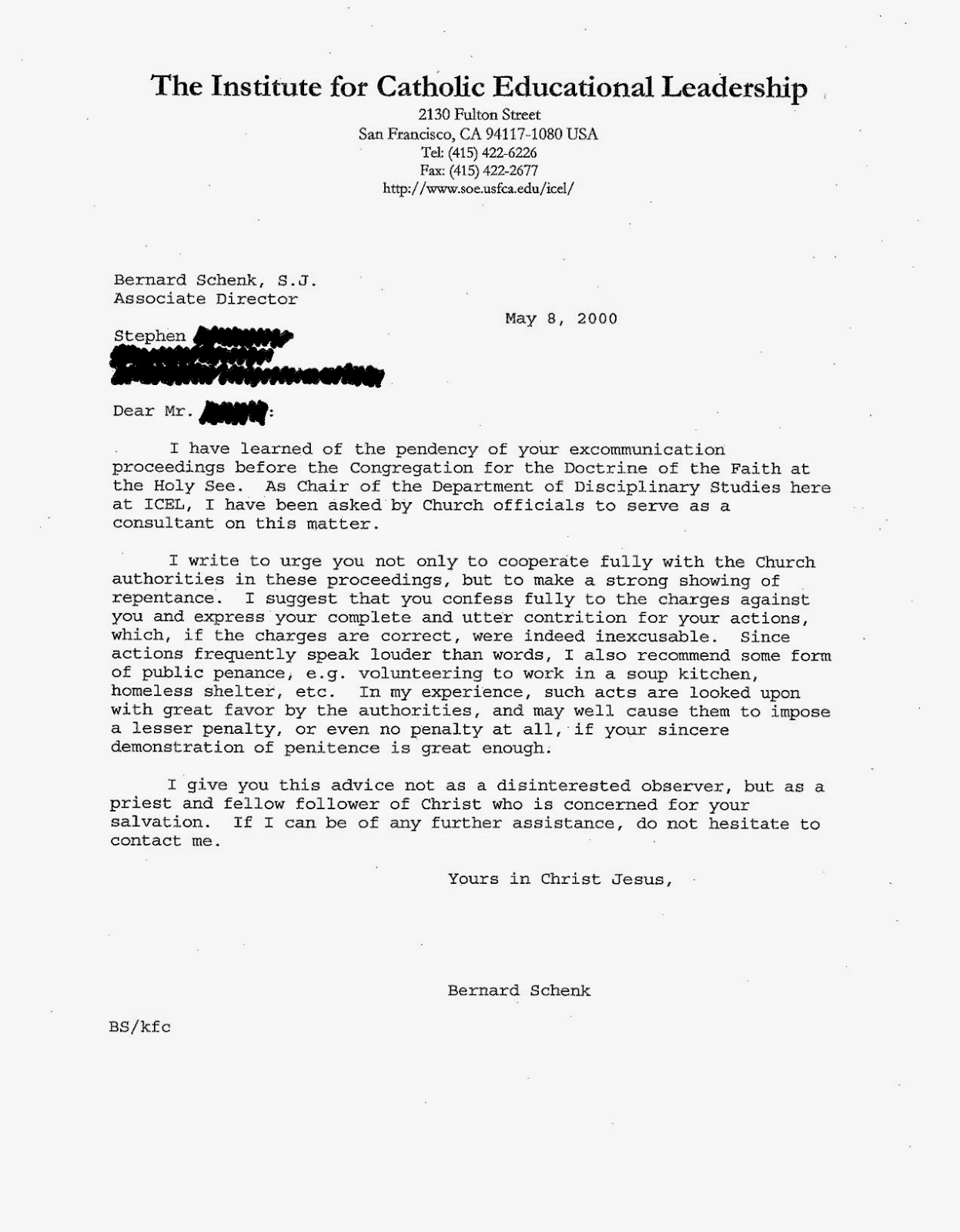 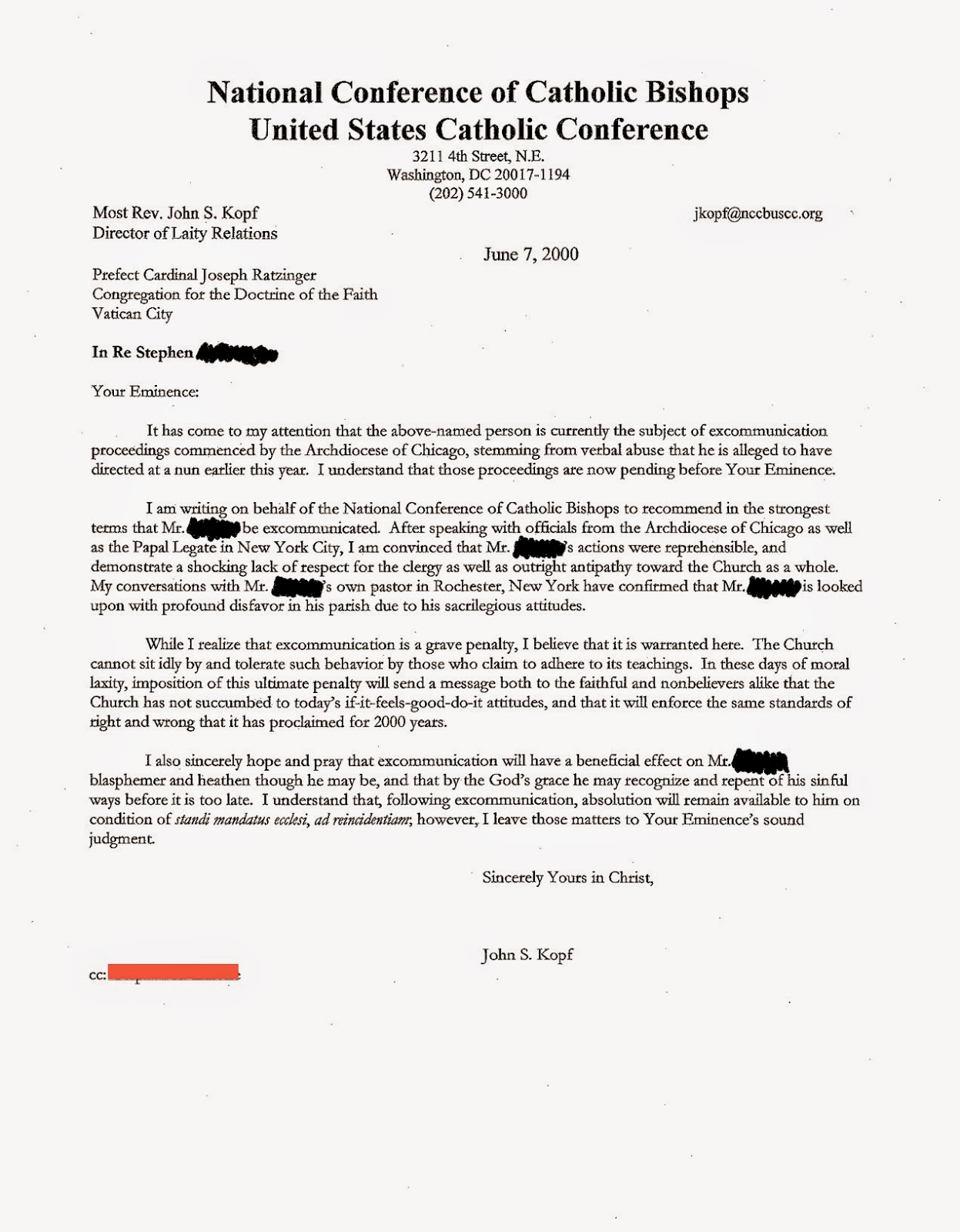 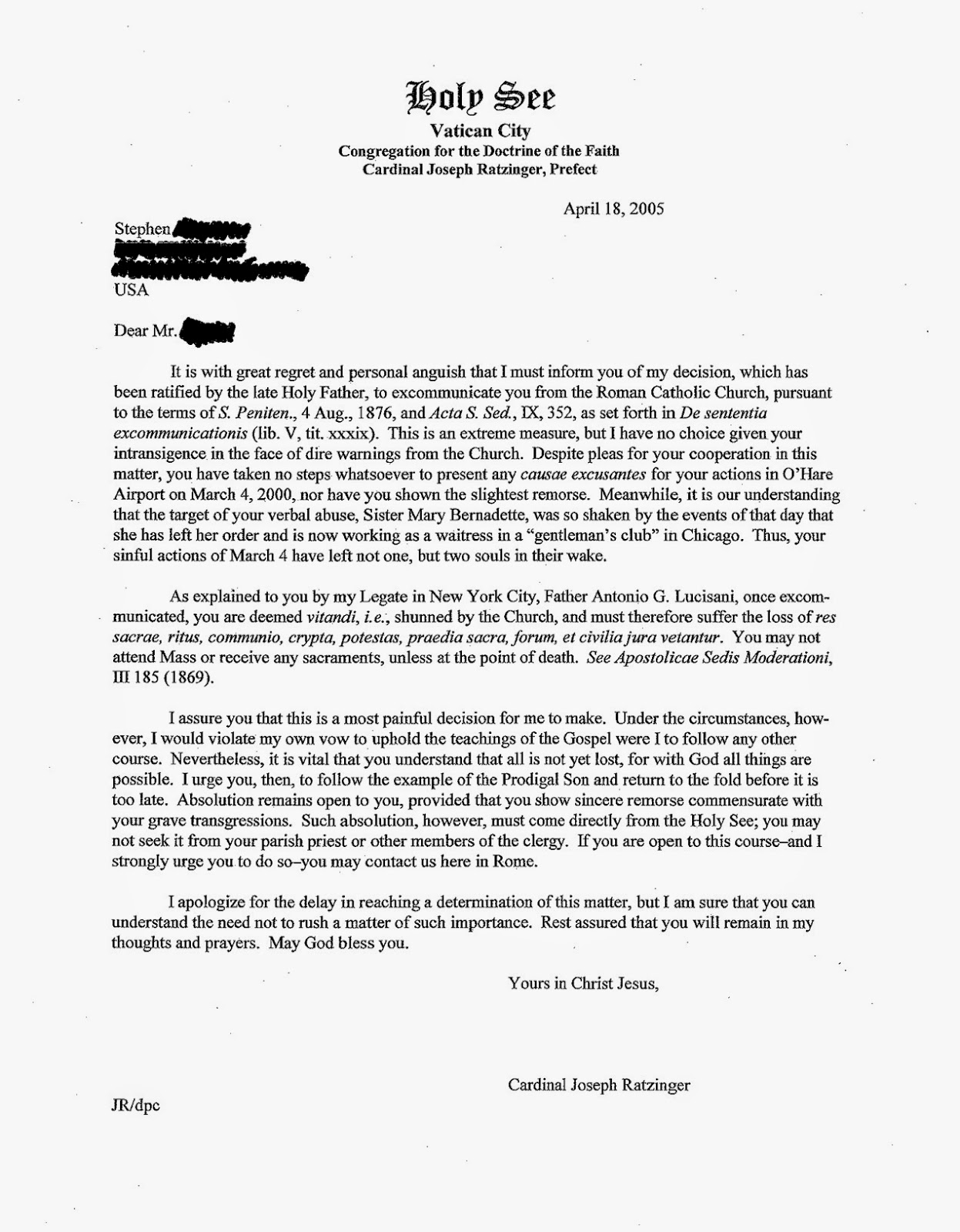 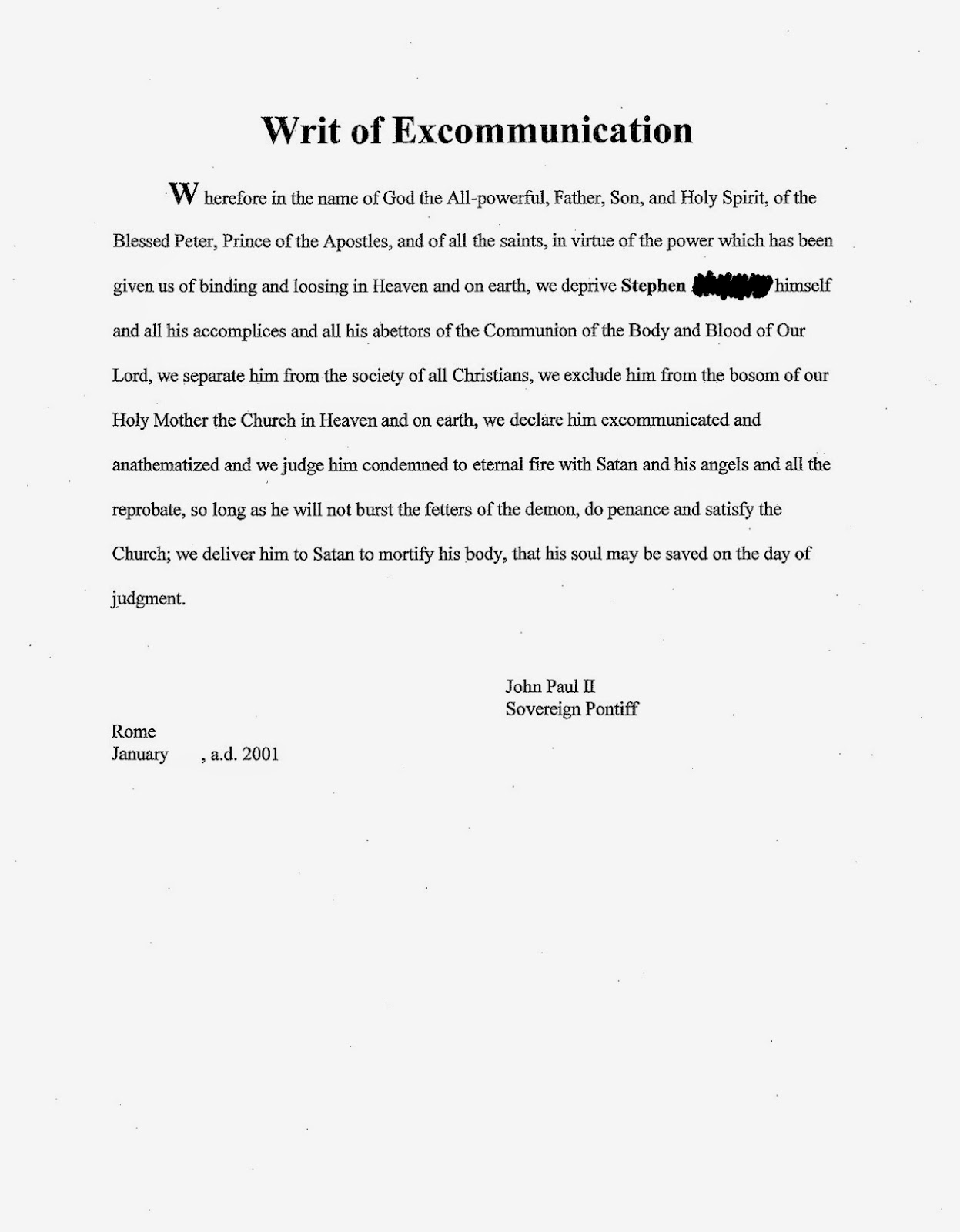 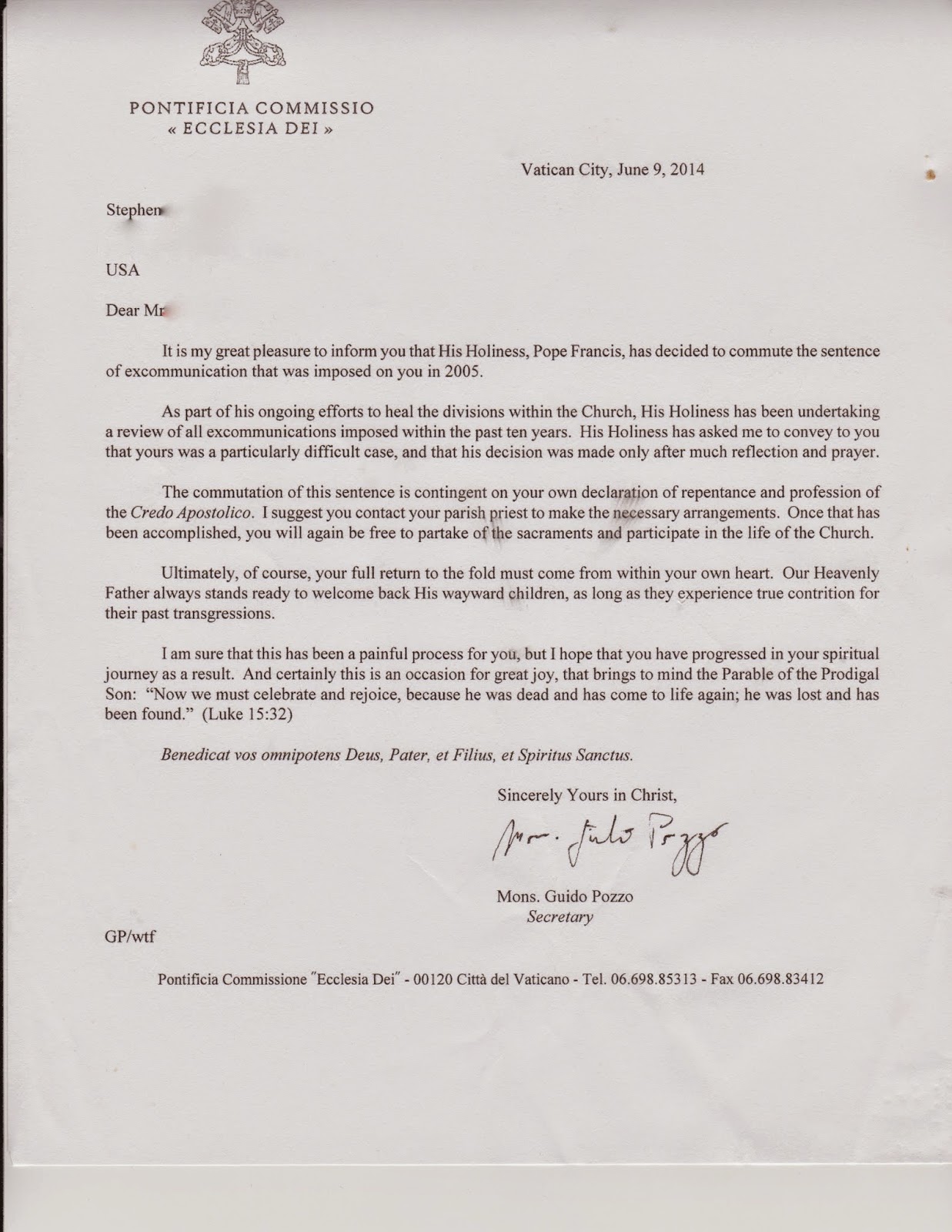