Big T-Bone - the other way.

This cut of meat is a T-Bone or Porterhouse.  It is just under 3 inches thick and the meat is from a small farm in my area.  It is important to make the effort and get away from grocery store processed meat for the recipe.  Find a butcher that not only cuts his own meat but also buys from a local smaller farm. 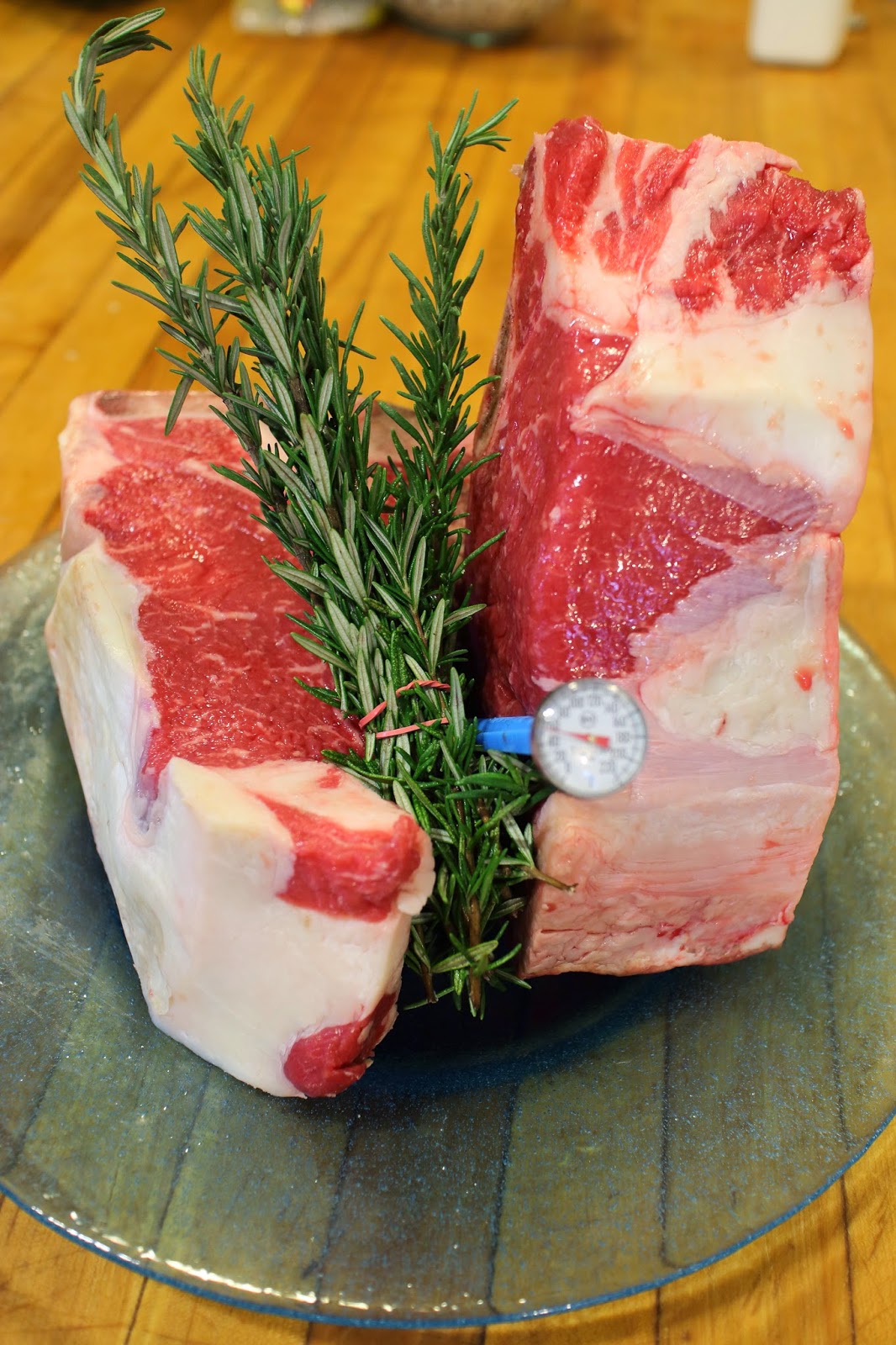 The idea is from the Italian "Bisteca alla Fiorentina" and I have cooked this thick cut with varying degrees of success before settling on this specific style.  Rather than start the T-Bone in a high heat cast iron skillet and finish in the oven, the process here is reversed.

Cook in a medium to low heat oven until the temp reaches desired donees, let rest, and THEN sear in a high heat cast iron skillet.  One benefit, is that you will not have to let it rest after the skillet.


Another benefit is that the meat will be cooked evenly to the center, and will not give you the gradients of wellness throughout. 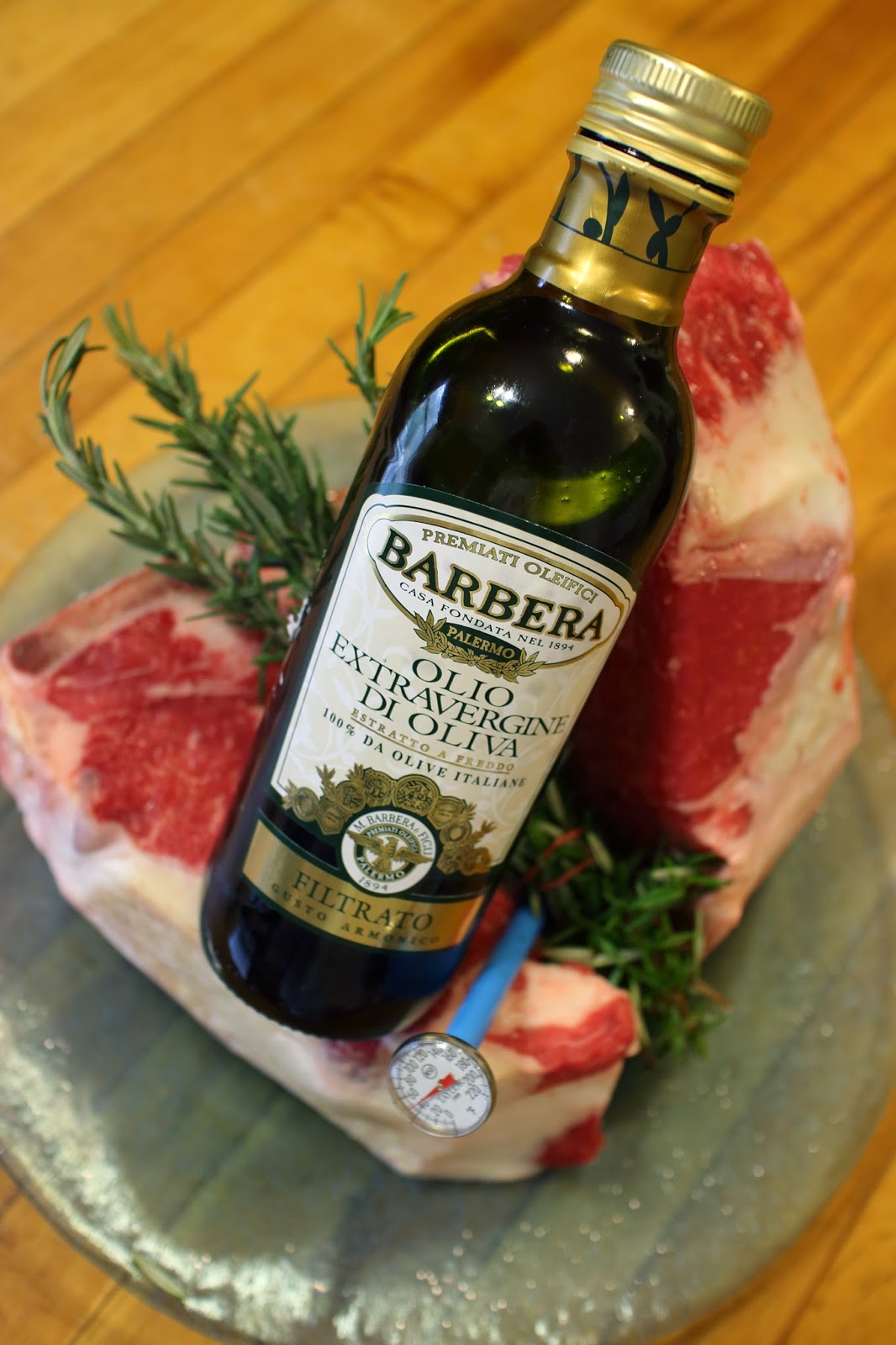 Pre heat oven to 275 degrees. Season meat with salt, pepper on all sides (if the steak is thick enough there will be four sides).

I like to add a bit of the olive oil, but this can make the oven smoke.

Place meat on a rack and the rack on a sheet pan, and place in the oven.   Cook until the internal temp is 125 degrees (for medium).

When meat is at temp, pull from oven and let rest.  You can let the steak rest for up to thirty minutes before finishing it the cast iron skillet.  Because you are letting the meat rest at this point, you will be able to serve the steak right after searing without the risk of the meat drying out. 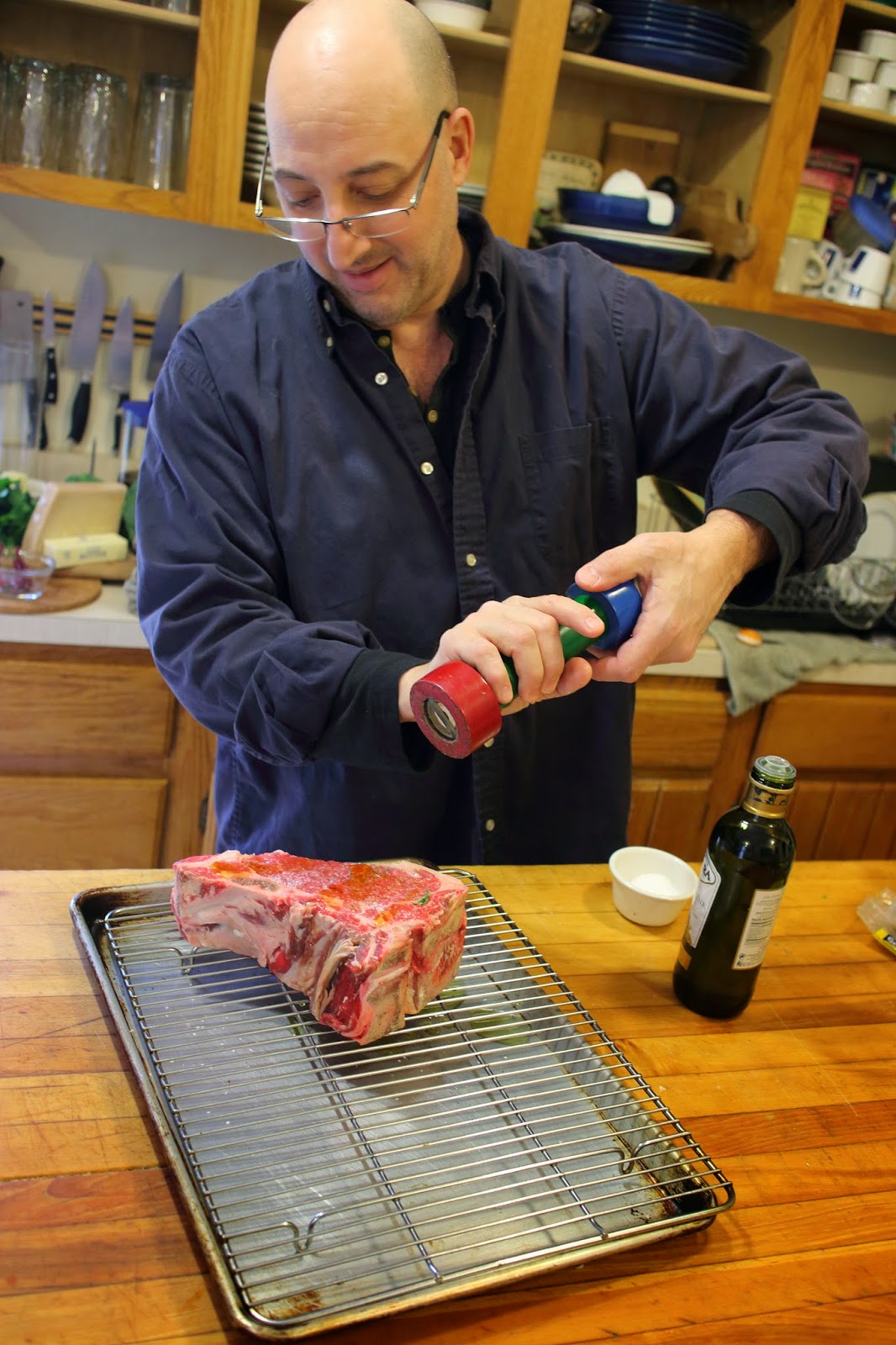 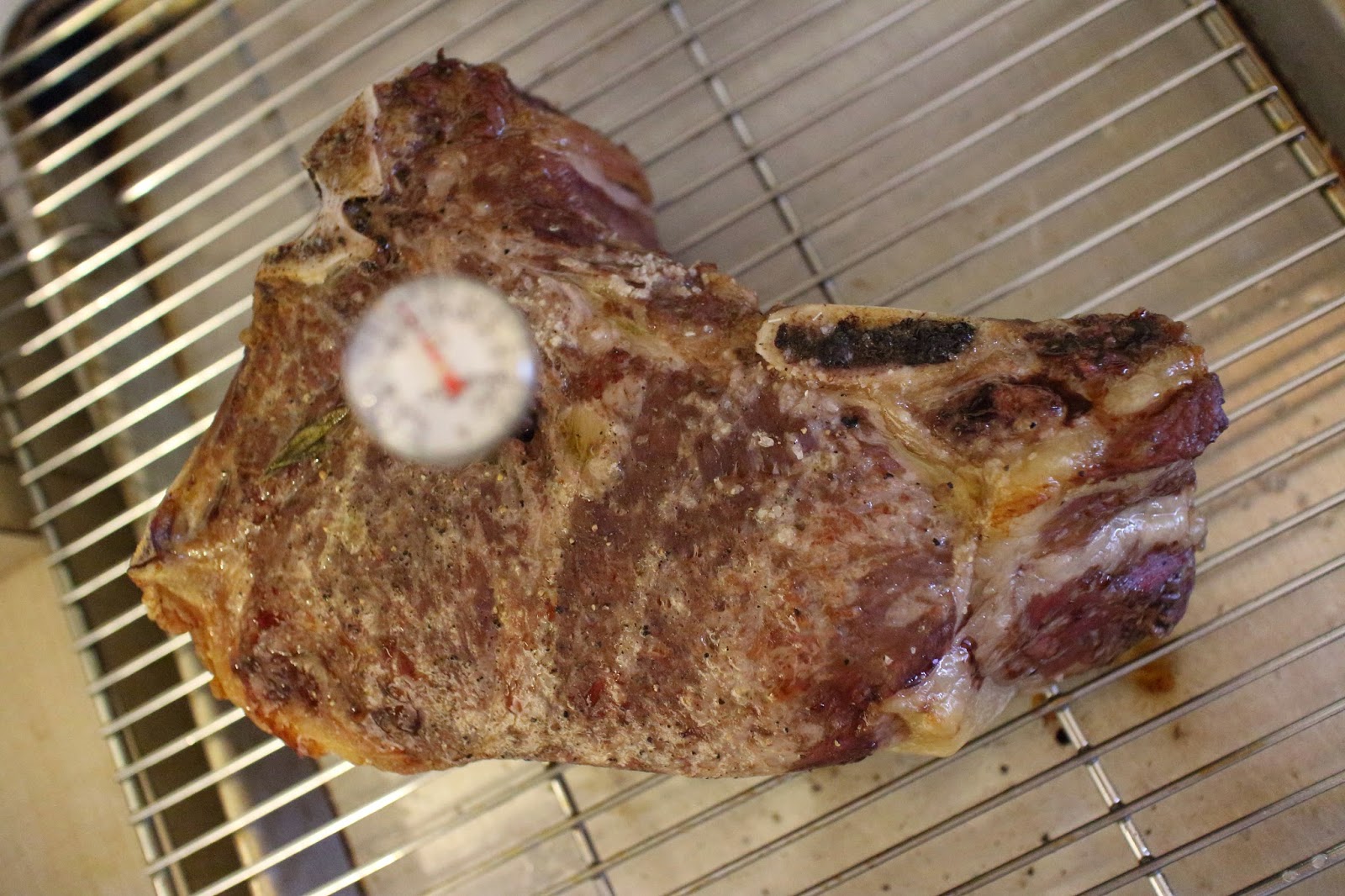 While the steak is resting, heat up the cast iron skillet on medium high, the hotter the better.  Once hot, its' time create the desired crust on your steak.  At this point I like to add some of the fresh rosemary to the each side of the steak 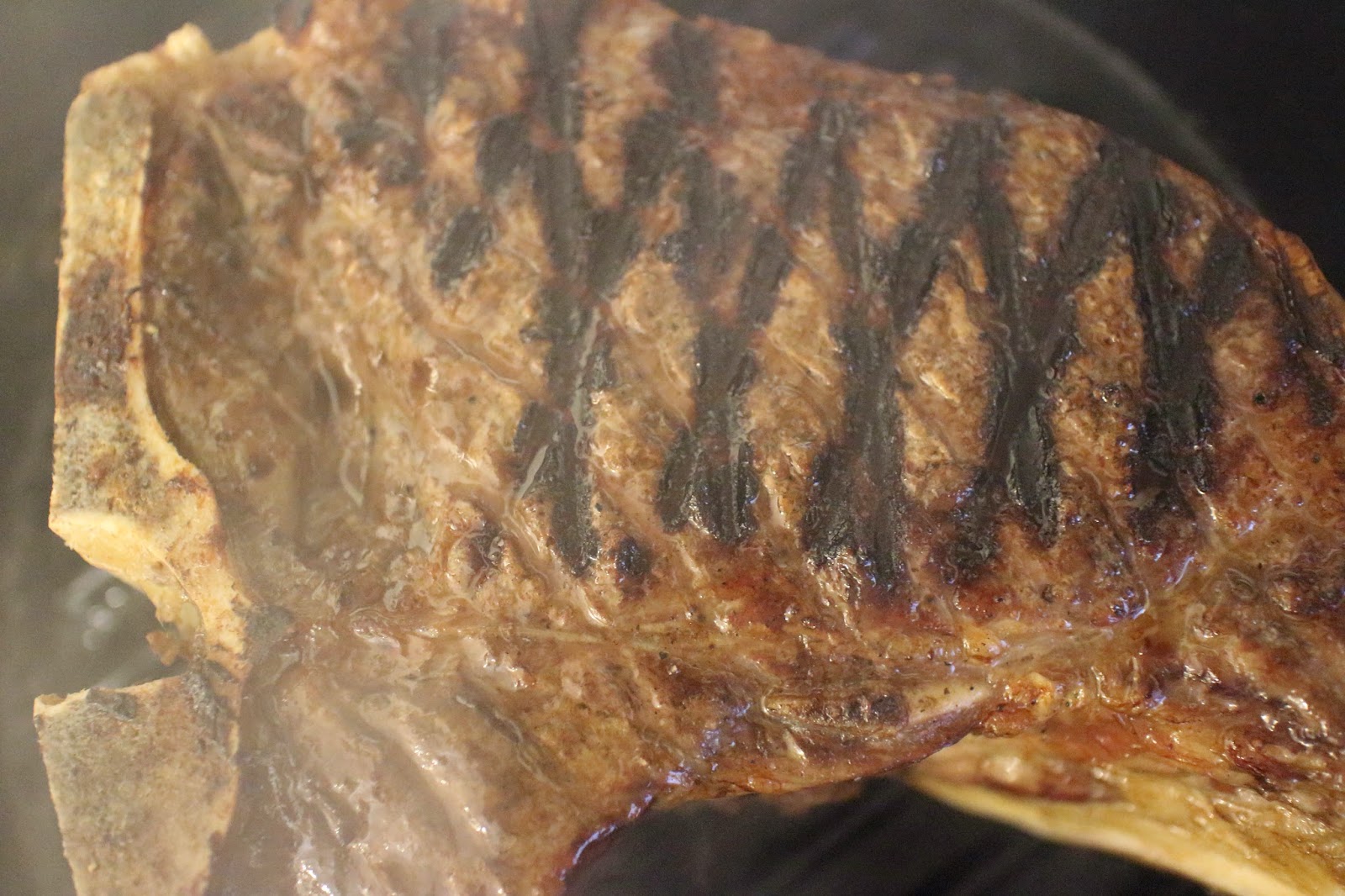 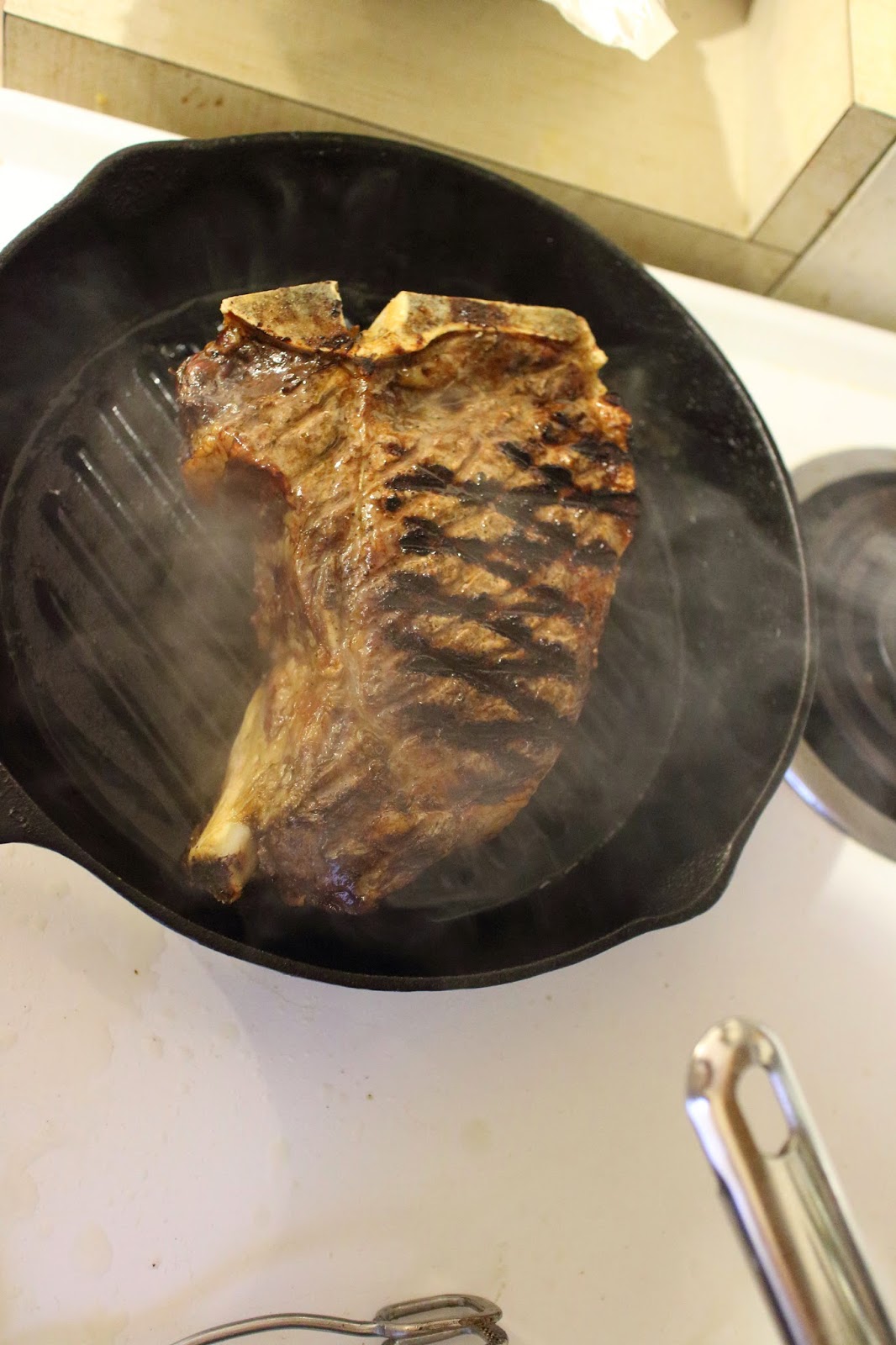 Here I have used a grill pan, but a flat bottom cast iron skillet will give you a solid sear on the meat. I prefer the grill marks, but that is an eater's option. 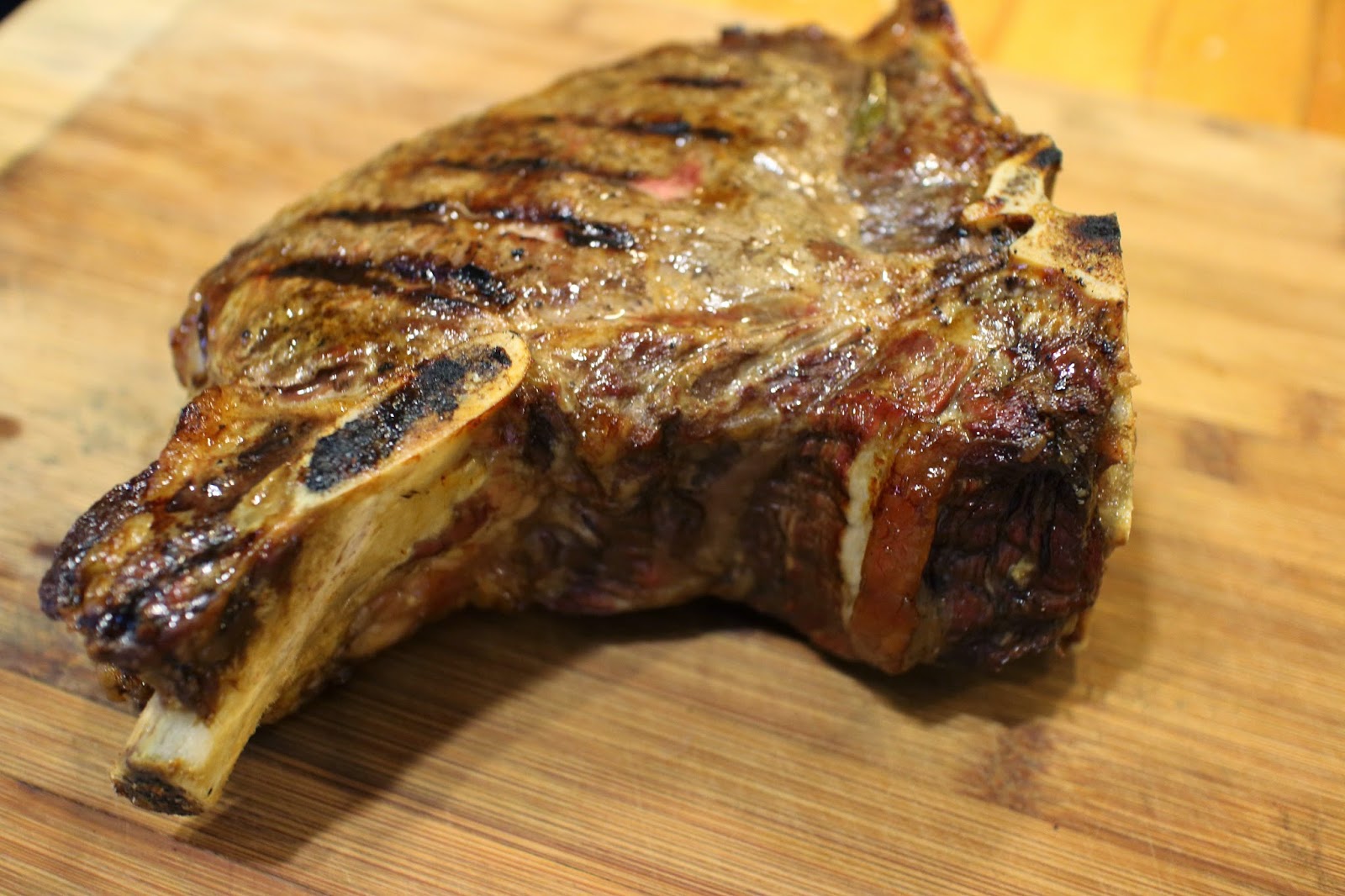 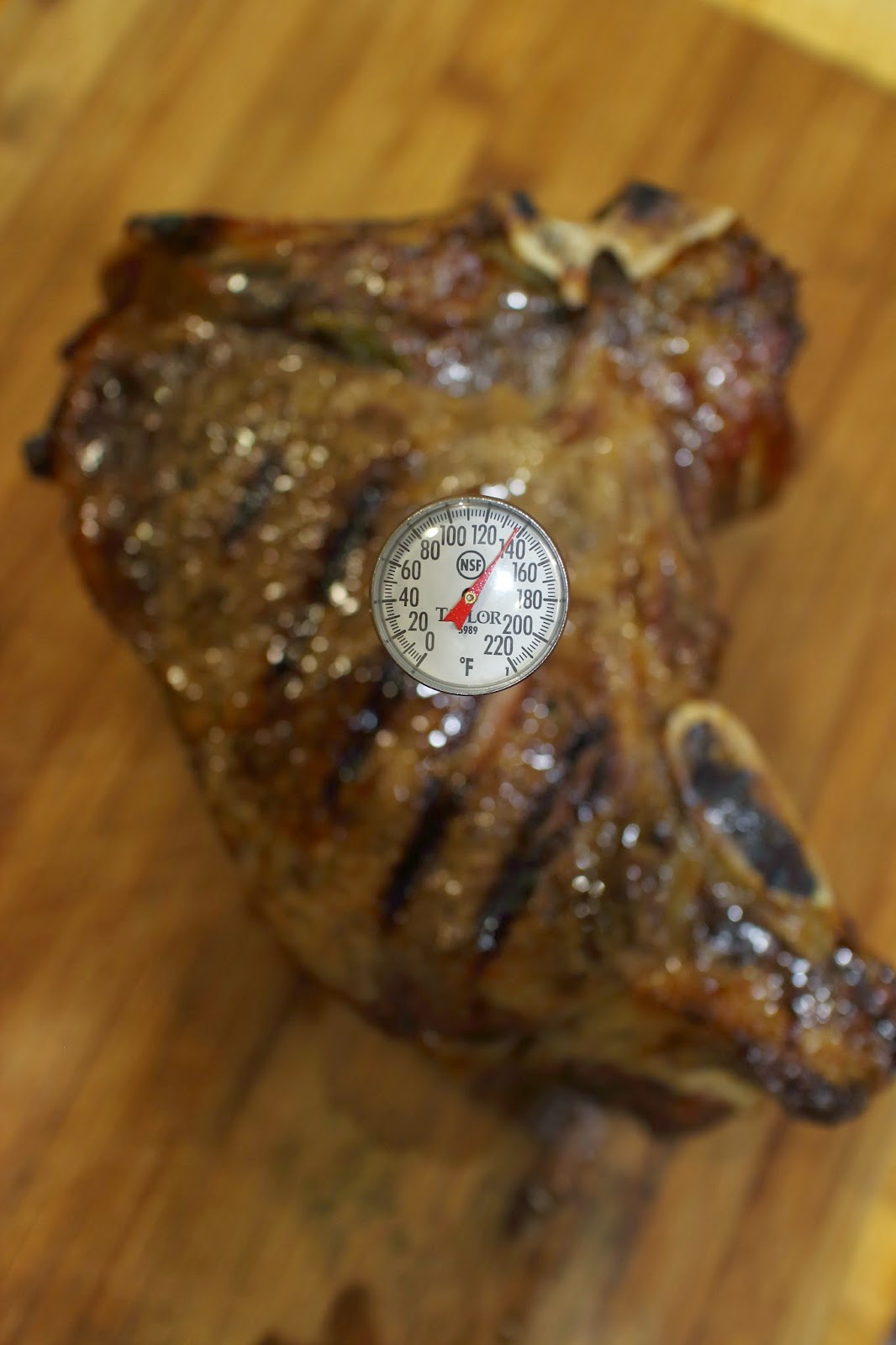 It is a good thing that resting is not necessary, because at this point, waiting is not an option.  Slice and dig in. 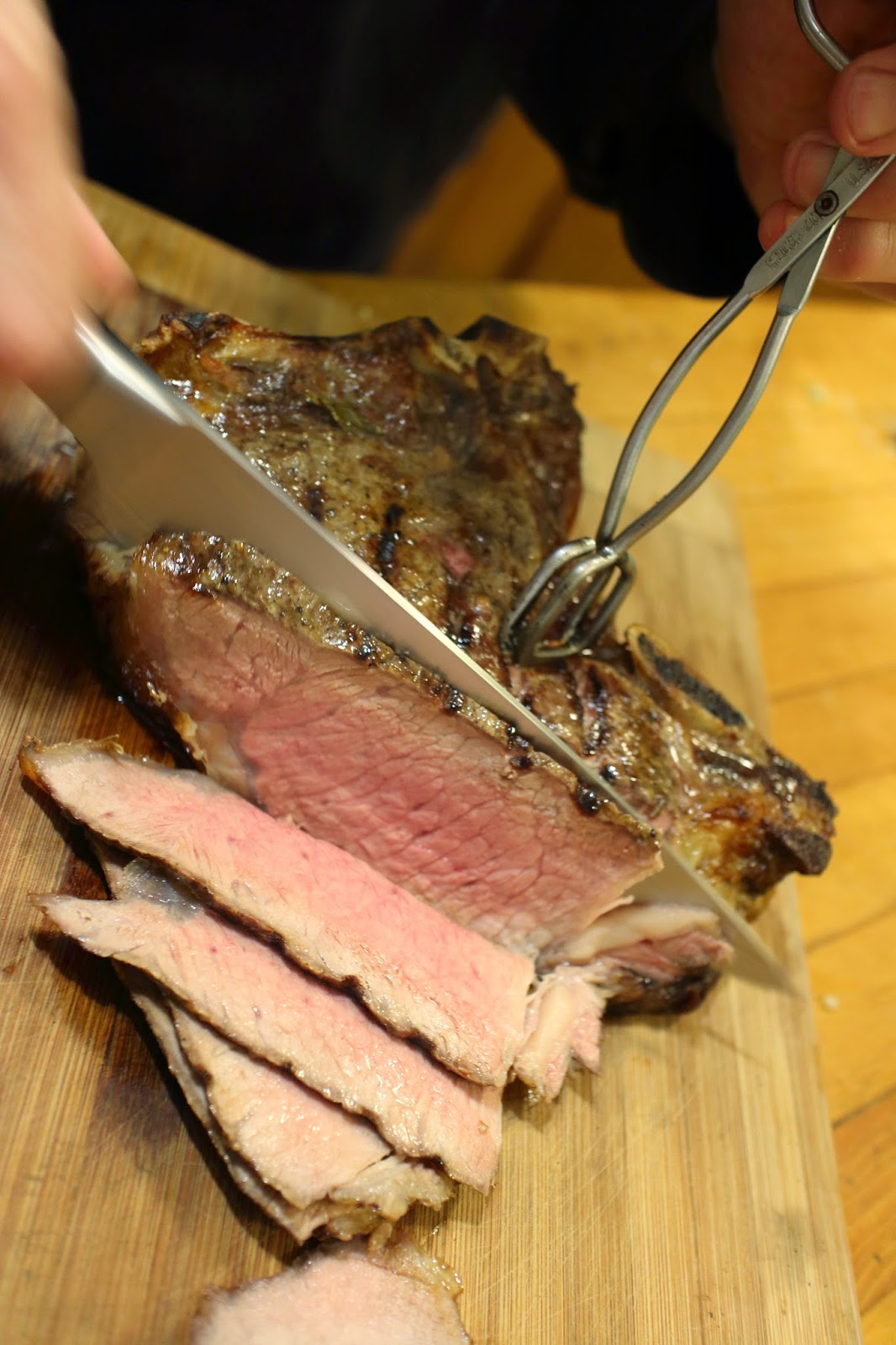 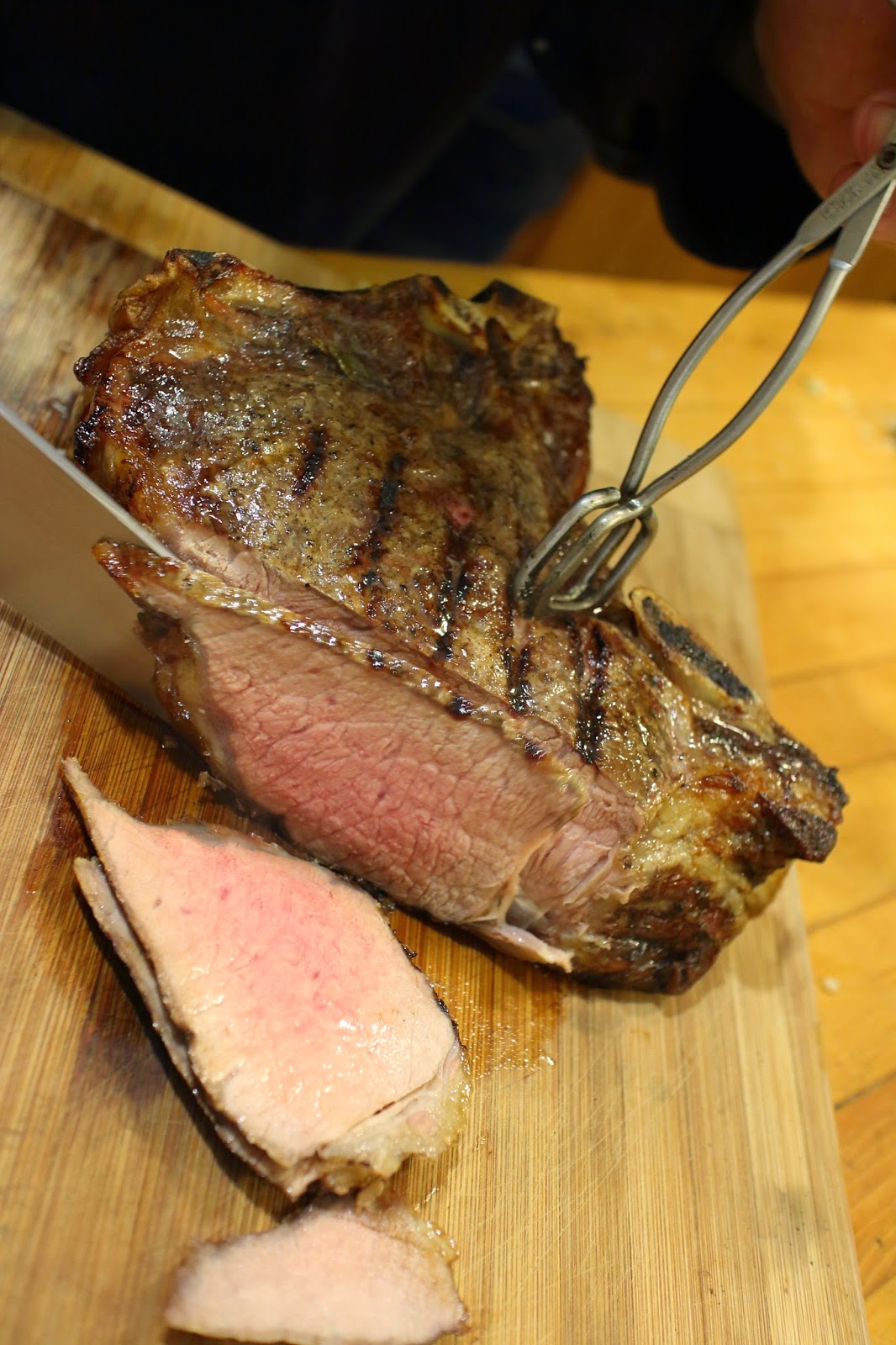 Notice how the meat is consistent all the way though.  When you cook meat in the reverse manner there tends to be a gradient style of doneness to the meat.  This will give the meat a even color throughout.  Enjoy! 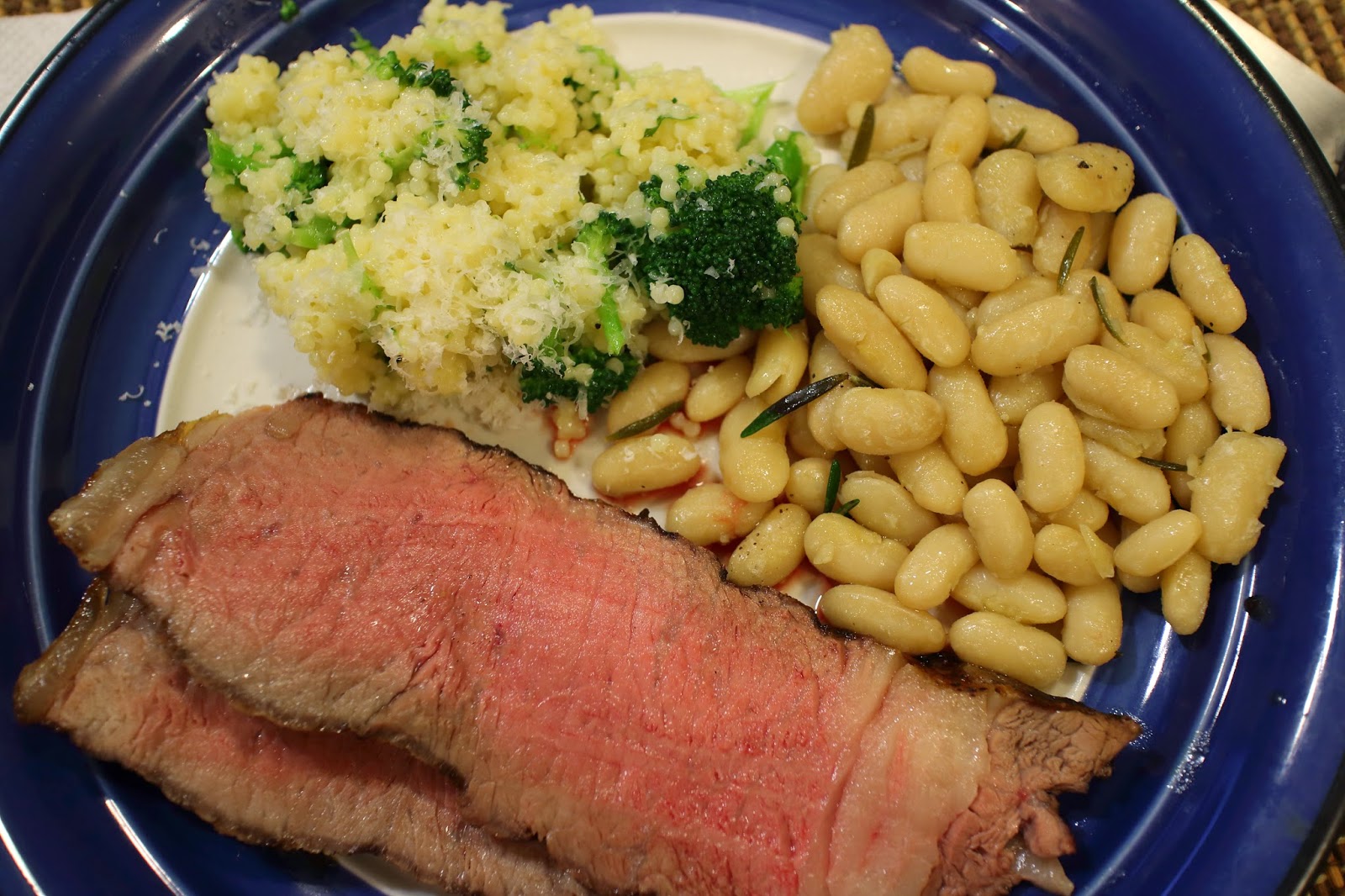 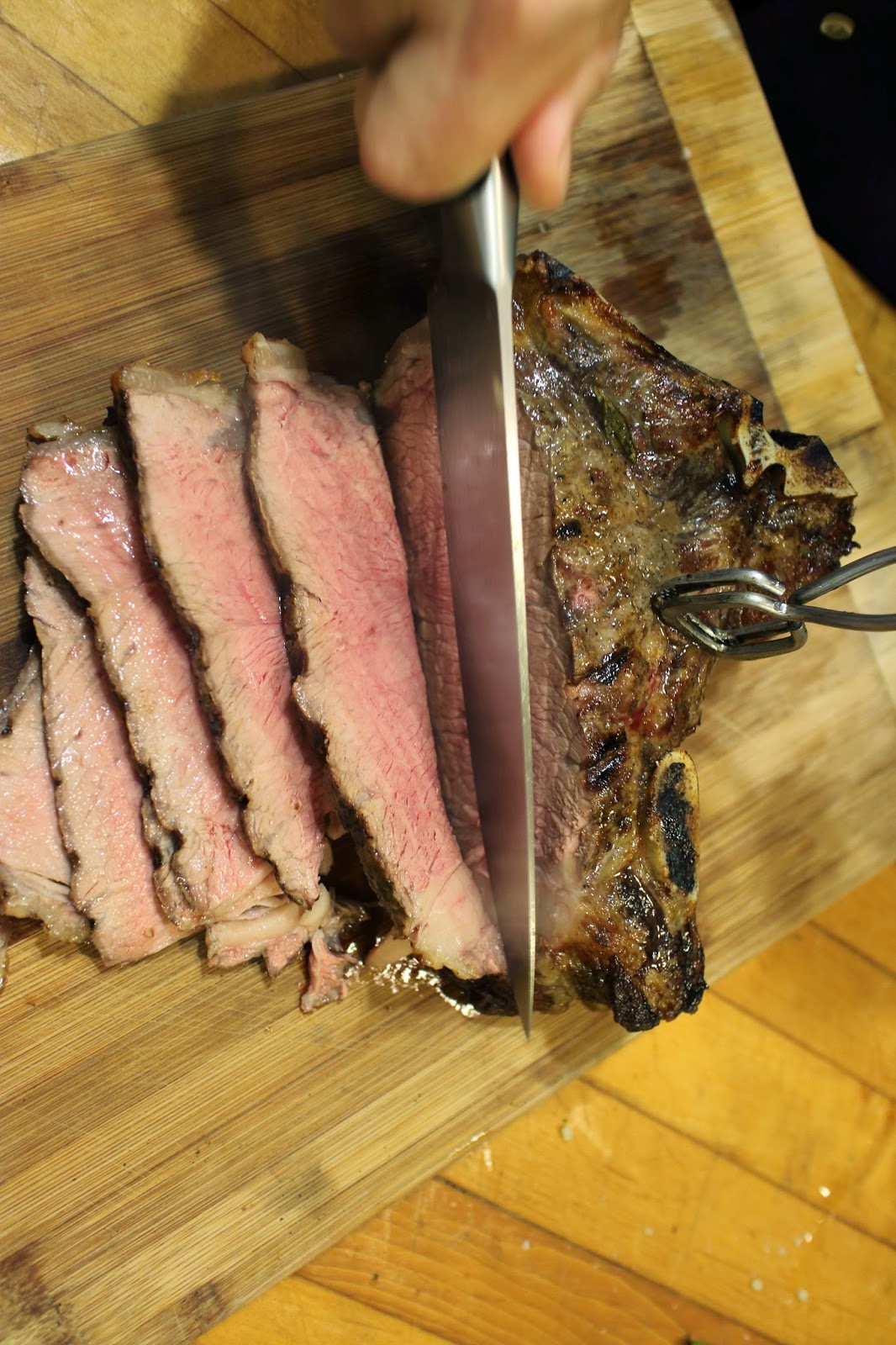 More photos for this recipe, by Jon Feldman