We have been making this sandwich at o'Bagelo's since I returned from my first trip to New Orleans, back in 1993. It was a another big hit even with my slight variation of melting the provolone to bring out the flavor and the smell of the olives. Some say that this is blasphemous, and here I served it the traditional way, but I still recommend the melt. 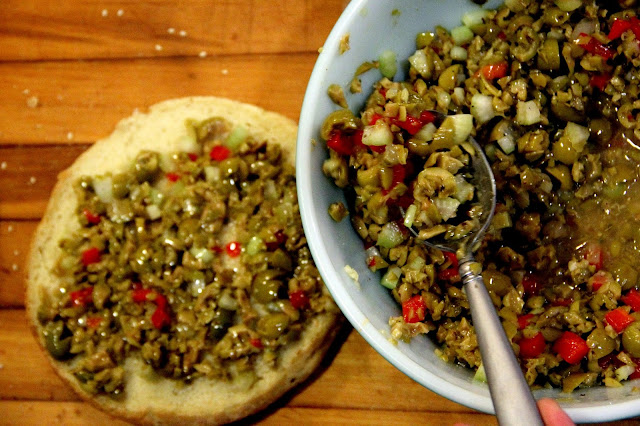 
Total time: 20 minutes (including time to make the olive salad)

Slice your round loaf horizontally.  Place 1/2 the olive salad on the bottom half of the bread to let the juices soak into the bread. 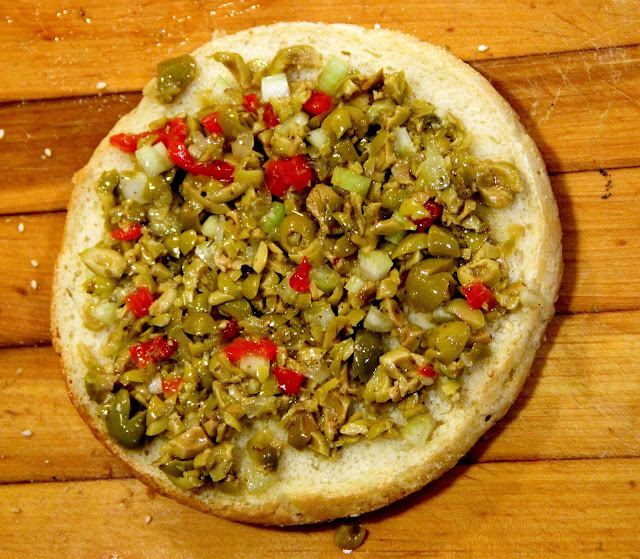 Next, place your salami and prosciutto on top the olive salad. 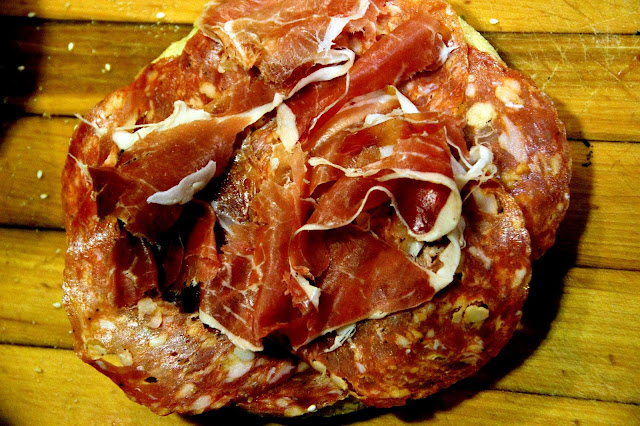 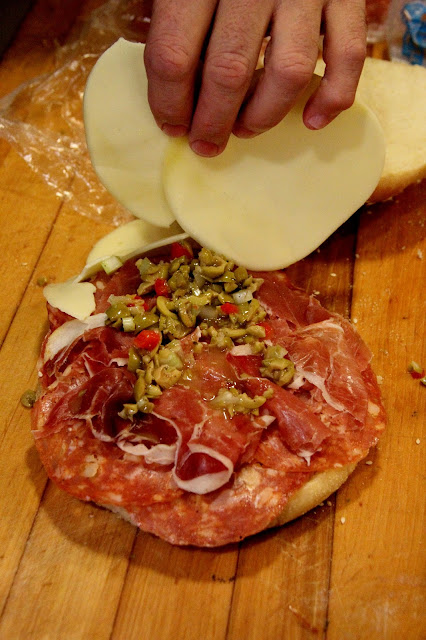 Hot version: If you are going to melt all this deliciousness, I suggest you place the rest of the olive salad on the meats next, and top it with the provolone. Place the bottom all this on a middle rack in the oven, and set to broil. Let the cheese melt until a few brown spots appear on the provolone. It is an excellent melting cheese and the kitchen will quickly smell like "All things Beautiful."

Cold version: The only difference here is that I like to put the second layer of olive salad on after the provolone so that is soaks into the top layer of bread. The benefit to the cold in that the longer it sits (within reason) the more the juices soak into the bread, enhancing the flavor.
This is one of reasons that they taste so good at the "Central Grocery" in New Orleans. They make them early and let them sit for while, building flavor 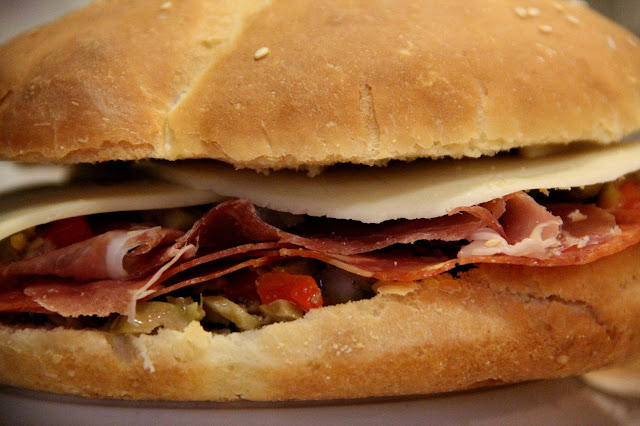 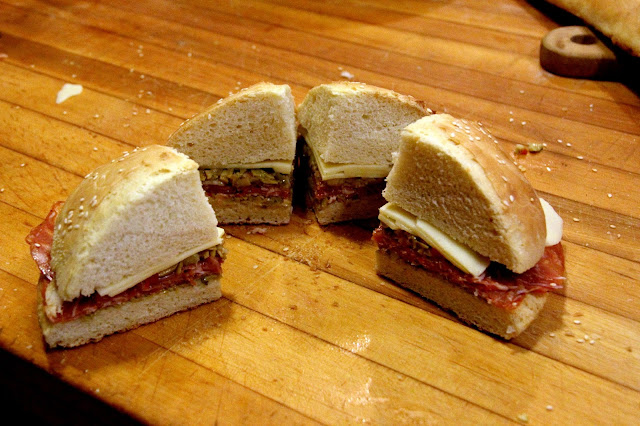 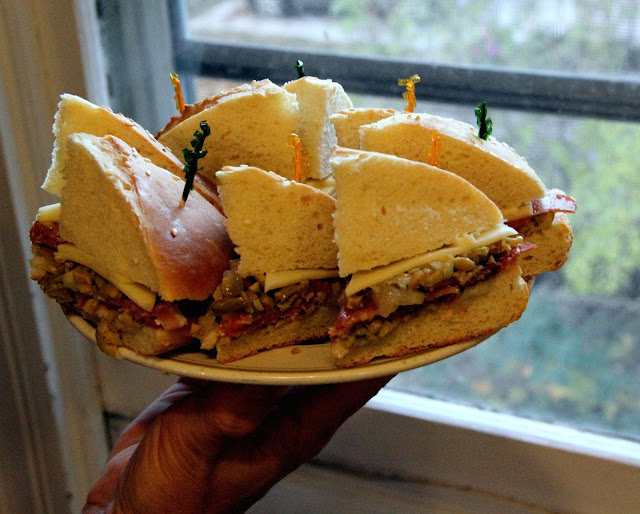 This is something we came up with one day when a customer asked if there was a vegetarian version of the muffaletta. Even though I was often reluctant to alter recipes for certain groups of people, I almost always gave it some thought before denying the request. This just seemed to work well with the flavors, and was a hit. 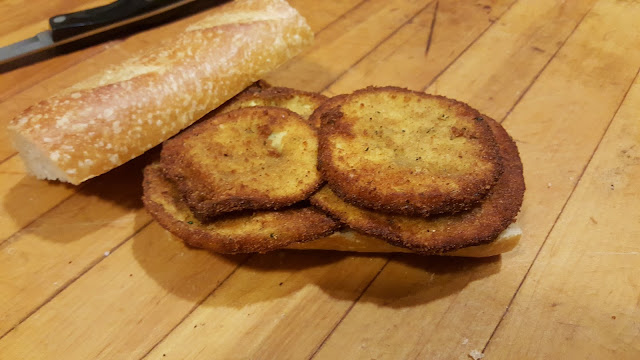 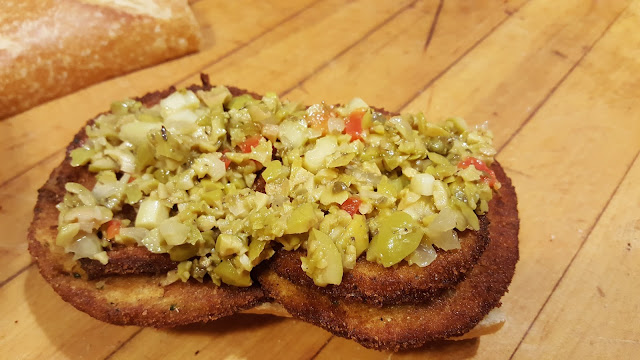 Using the eggplant recipe from a previous post, stack the fried eggplant as you would the meat on the bread loaded with olive salad. Heat this part first under a broiler to warm up the fried eggplant. Next, place some more olive salad and the provolone cheese and melt. I highly recommend serving this one hot to bring out all the flavors. 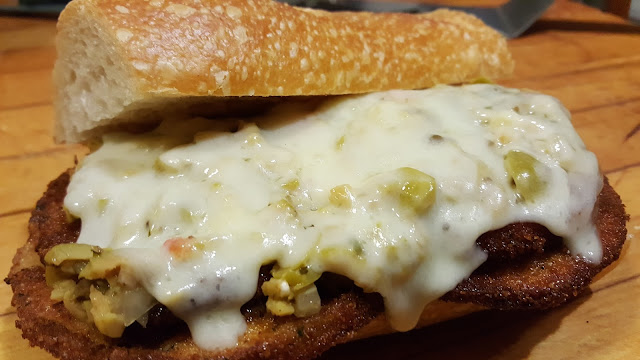 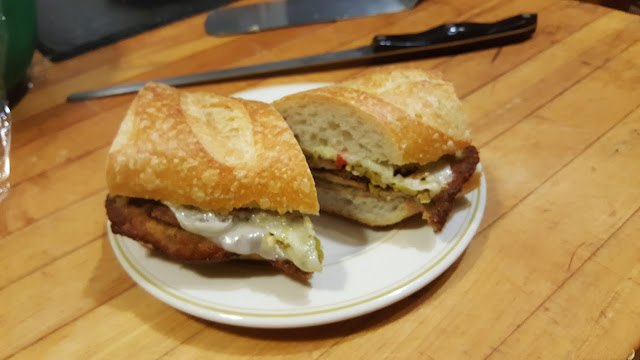